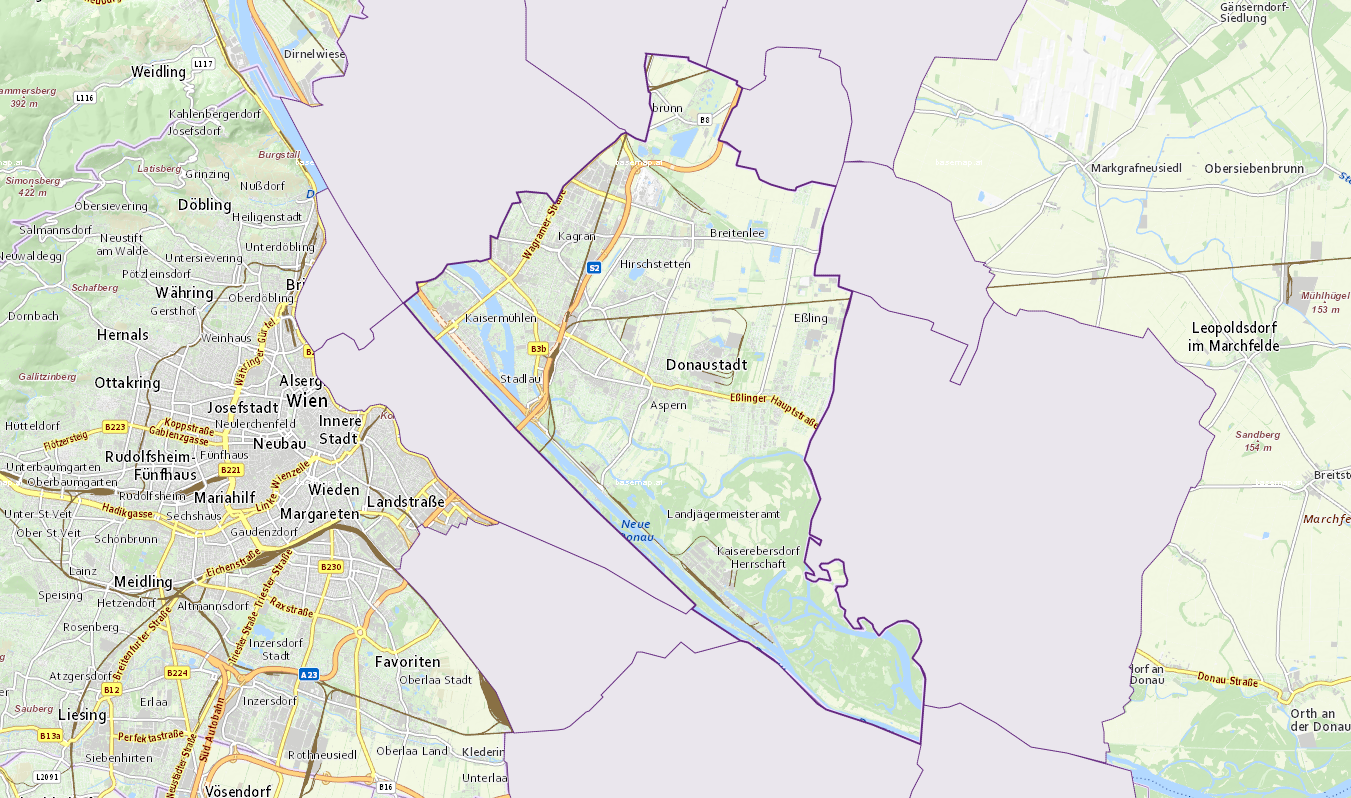 The twenty-second municipal district of Vienna is a Viennese outer and territorial district located in the east of the city and also east of the Danube. The district is the largest of the city in terms of area. It includes the districts Kaisermühlen, Kagran and Stadlau. Another special feature is the high proportion of green space. Historically, the Battle of Aspern in 1809, which took place during the Napoleonic Wars on the district's territory, is particularly noteworthy. The population development since the end of the 19th century is also remarkable. In addition to the many bathing opportunities, the district is also characterized by the Vienna International Center, the UN SItz, and the Danube Tower. Parts of the Old Danube as well as the Danube Island are also part of the district. The Lobau district is also part of the Donau-Auen National Park.

Work
Is there something missing on this page from your point of view? Then please send us descriptions, articles or photos to [email protected]
Related articles
View all
Von London über Rom nach Graz in fünf Minuten
Kärnten
Klagenfurt